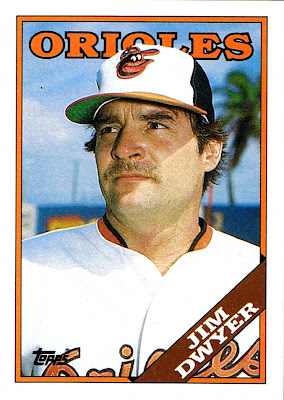 Why this card is awesome: Because is it just me, or is there just the slightest hint of panic in Dwyer's eyes? Seems like perhaps he soiled himself just before the photo was taken.

Cool stat: Dwyer has almost the fewest RBI in a season with at least 15 HR. Dwyer's another bit of proof that the ball was juiced in 1987. He got 15 dingers that year without ever reaching double digits another season in his career. 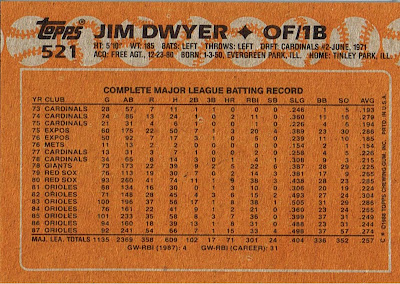 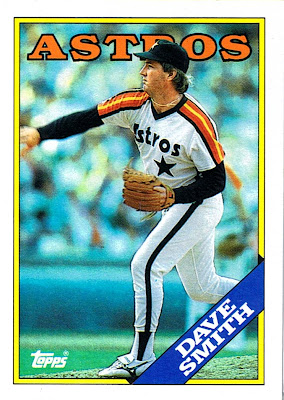 Why this card is awesome: Because of some odd airbrushing. Look at the black line at the left edge of Smith's lower body. It looks like they sort of darkened and blurred the background behind him. Too bad--that might be Ken Caminiti that they blurred out.

Cool stat: Smith is one of the forgotten closers, a very steady pitcher in the 1980s who got sort of rubbed out by Dennis Eckersley and the modern closers who followed. He had the 7th-most saves in the 1980s despite not being a full-time closer for the first 5 years of the decade. And among relievers with at least 700 IP in the 1980s, he had the 4th-best WHIP, the fewest HR/IP (thank you Astrodome) and the 3rd-best ERA+. He was a very good pitcher indeed, even though he was certainly helped by the Astrodome. (Although, geez, his home/road splits for his career were essentially identical. 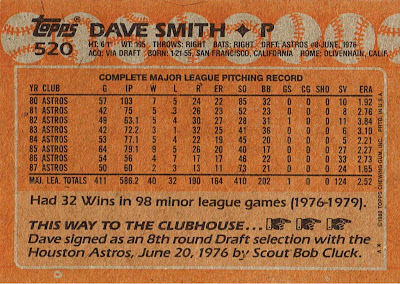 Still looking for a winner on 88 Auto Fest #8. Figure it out and win yourself an autographed card.

And happy 232nd birthday, USA. You look fairly decent for your age. 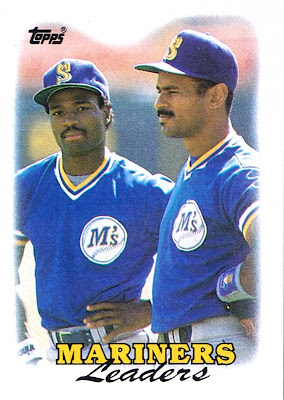 Why this card is awesome: Because this card tells you all you need to know about the Mariners franchise from their inception in 1977 to 1988. The two players shown, Harold Reynolds and Phil Bradley, were among the best offensive players the team had ever had, outranked probably by Alvin Davis and Jim Presley (and also by Ken Phelps had he been given adequate playing time.) And yet, Reynolds and Bradley were not all that good. Both put up some good numbers in one or two areas but were not well-rounded players.

Cool stat: I've already sung the praises of Ken Phelps. But check this out: most homers in a season with at most 332 at-bats. Phelps holds 3 of the top 6 places. 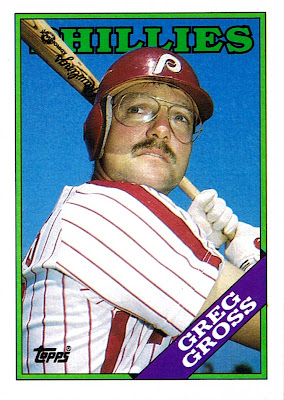 Why this card is awesome: Because of the great shot Topps got of the jumbo helmet the Phillies had specially made in order to fit Gross' humongous eyeglasses in there. Compare to this, this, this, this, and the mother of them all, this. 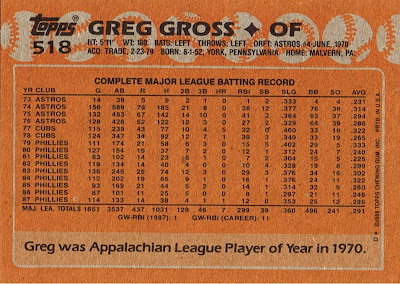 OK, back to our regular auto fest posts.

Please read the original post for the rules. You can enter this one even if you haven't entered any of the previous contests! First commenter to correctly identify the card wins an autographed copy!

This one should be a bit tough. 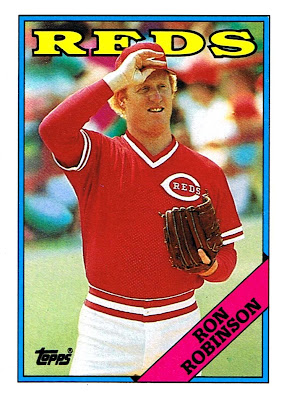 Why this card is awesome: Because something tells me that with red hair, Robinson would have looked better in any jersey other than those of the Reds.

If you haven't been reading this blog since the beginning, be sure to check out Robinson's Happy Clown Action card, as well as his main competition for pret-a-porte clown in this set. 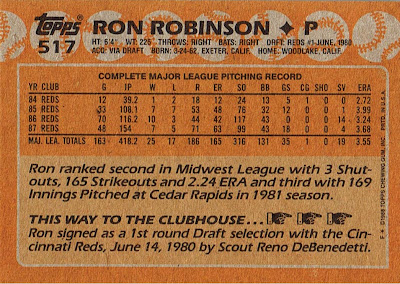 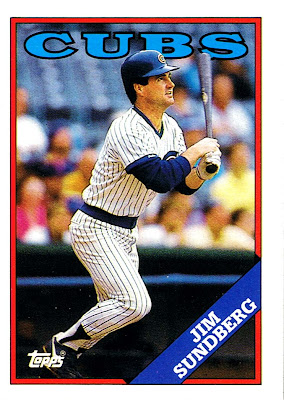 Why this card is awesome: Because of that unusual bright blue line running across the dugout. I'm not sure if that's just a weird shadow pattern or if Topps messed with the brightness of the card. Or maybe it's a railing? 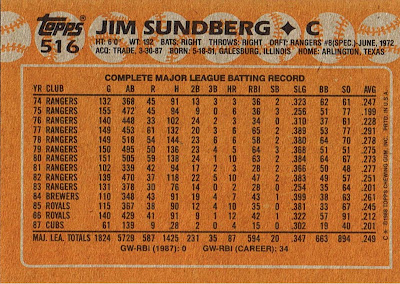 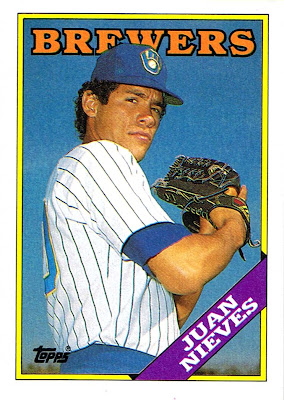 Why this card is awesome: Because the card cuts off right at the bottom edge of his waistband, leading one to believe that perhaps that's just a long blue skirt he's wearing. 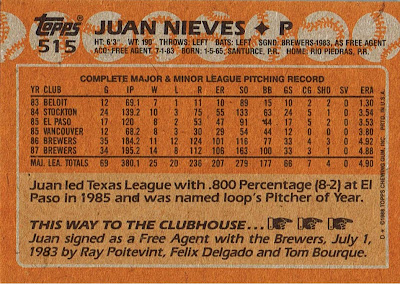