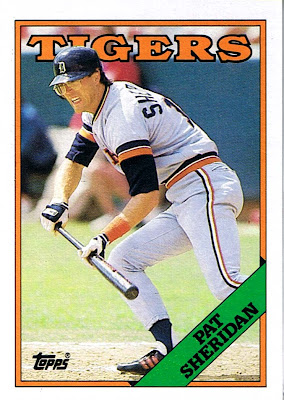 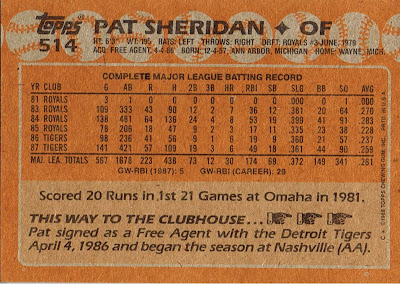 Why this card is awesome: Because you've gotta love the combination of Sheridan bunting, the extreme teeth-bearing face, and those massive eyeglasses. Sweet!

Cool stat: I always think it's weird when they show batters bunting, unless the guy either bunted a lot for base hits, or if he's a pitcher who often sacrified. For example, I would have LOVED to see a card showing Rod Carew bunting. But anyway, for the main part of his career (1983-1989) Sheridan ranked just 126th in sacrifice bunts. So why show him bunting? 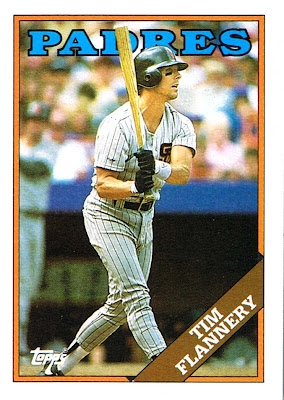 Why this card is awesome: Because if he had been a great player, his Bermanism could have been Tim "Flannery will get you everywhere."

Cool stat: Flannery hit just 9 career homers, but four of them came off guys who won at least 1 Cy Young award (Sutcliffe, Carlton, Jenkins, and Hershiser.) I wonder how that ranks in terms of highest percentage. 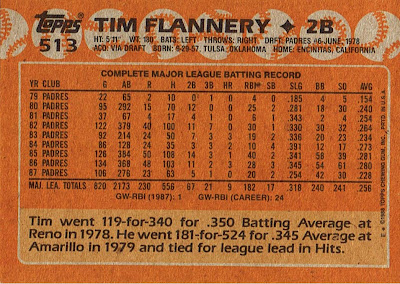 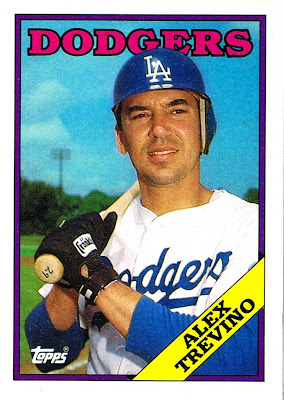 Why this card is awesome: Because I think it's sweet to be able to see his number, 29, on both the knob of his bat and the top of his batting helmet. And because he's half game show host (Alex Trebeck) and half golfer (Lee Trevino.)

Cool stat: Trevino once had seven total bases in a game. 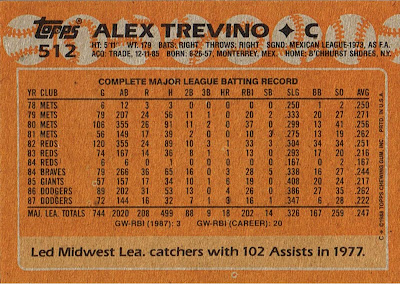 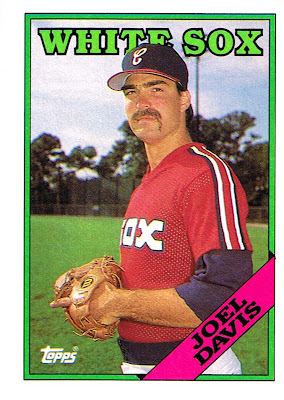 Why this card is awesome: Because Joel Davis is looking in your direction, ready to seduce you with his sexy facial hair.

Cool stat: Davis had a pretty short and unremarkable career, but here are some guys he kicked ass against. 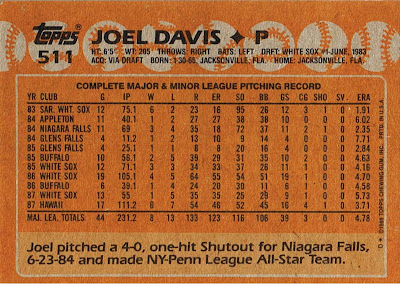 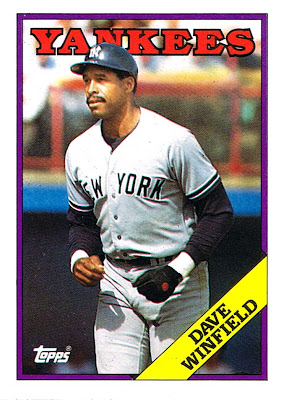 Why this card is awesome: Because I remember looking at this card and thinking in 1988, "Well, this guy has had a long career, but he's on the decline, getting only a somewhat decent card number ending in 10, so he'll be ineffective pretty soon." While it's true his best days were behind him, after 1988 Winfield went on to get 4 more 20-HR seasons and a World Series win with Toronto in 1992, despite missing all of 1989 with an injury.

Cool stat: I like Winfield and could say lots about his career. But here's a quick, neat one: most career hits from age 38 season onwards. Winfield is 6th, counting from 1901. And he's 5th in most homers from age 38 on. 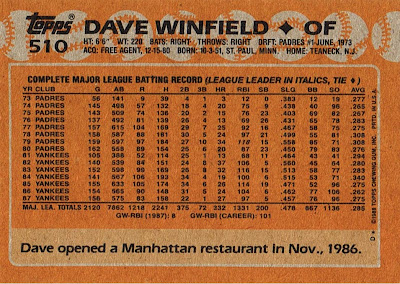 Via Cardboard Junkie comes this link to 1988 Score. Given that it's from the same year as 88 Topps, I am forced to love it. 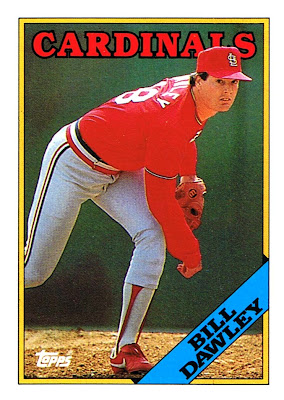 Why this card is awesome: Because as if confusing the names Dawley and Dayley isn't enough, Topps gave the two damn near identical cards. Check it out. 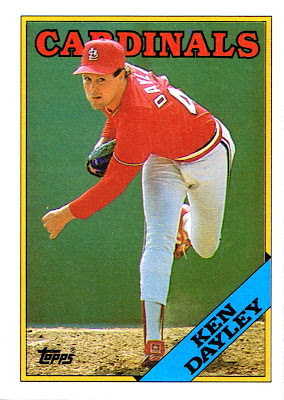 If Dayley had been a righty, they might have been totally indistinguishable.

Cool stat: Dawley's name is mostly forgotten in baseball history due to his short career, but he was one of the top relievers in baseball from 1983 to 1986. In fact, over that period, for relievers with at least 300 IP, he makes the top 10 for ERA+. 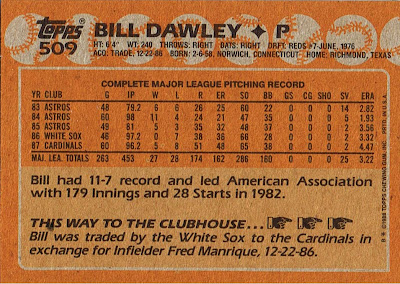 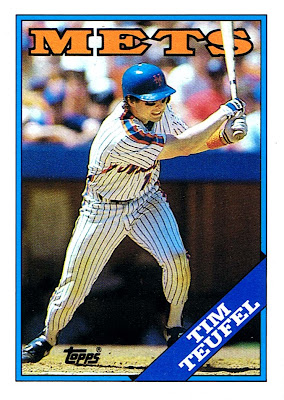 Why this card is awesome: Because Teufel used to sway in the batter's box, a technique referred to as the Tuefel Shuffle. And I guess the follow-through on his swing has called the Teufel Crazy Lunge.

BTW "Teufel" is German for "devil."

Cool stat: Teufel absolutely PWNED Tom Browning, getting 22 hits in 48 at-bats, including 3 doubles, 5 homers, and 8 RBI. That's Teufel's most homers against any pitcher. 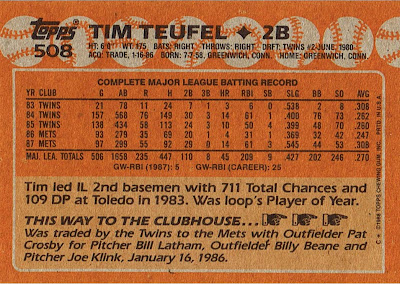