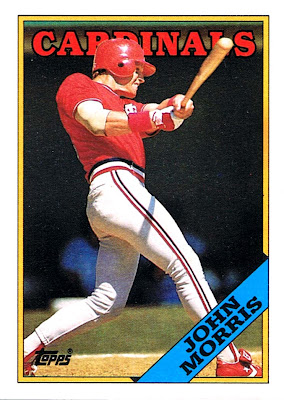 Why this card is awesome: Because, holy cow, they are digging deep for that stat on the back of the card. Reaching all the way down to AA level ball (and this was when prospects played at AAA, not AA like these days) and referring to a player of the week honor which, let's face it, makes him one of 30 special guys for that season.

Cool stat: Morris hit just 8 career homers, but most were off quality pitchers. One of the 8 was the first-ever homer hit off Mark Wohlers, a game-winning shot in the 10th inning. That was Morris' only career PA against Wohlers, too. 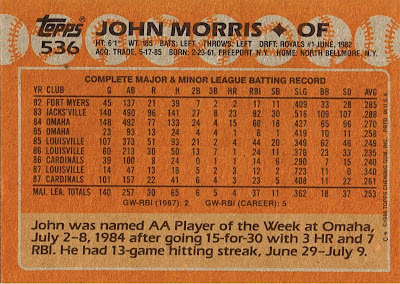 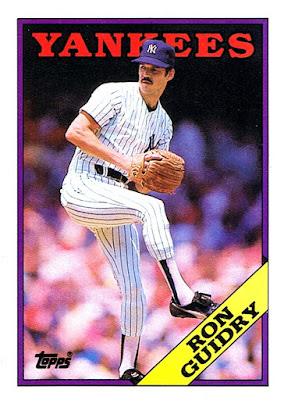 Why this card is awesome: Because 11 cards after Gary Lucas, have a very similar position shot, right down to the oversized cap. 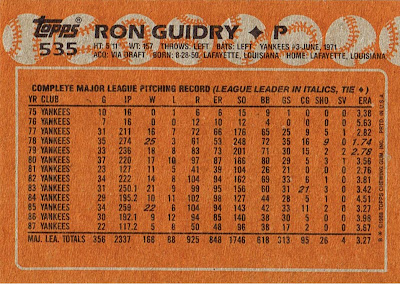 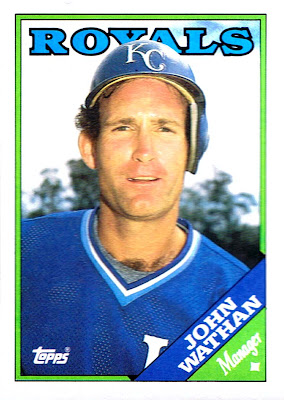 Sorry this scan came out a little blurry.

Cool stat: Wathan had just 21 career HR, but he did hit 2 off one guy: Floyd Bannister, who was later managed by Wathan. 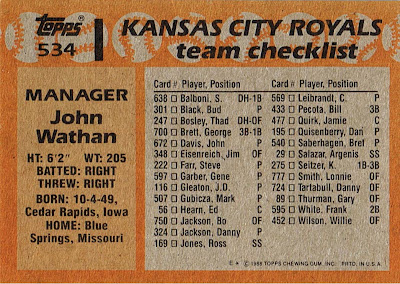 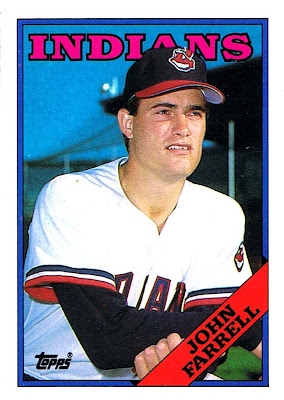 Why this card is awesome: Because this is two Indians cards in the last 3 cards. Makes me wonder if Farrell was a late addition to the set like Shawn Hillegas. Farrell is now pitching coach for the Red Sox.

Also, I swear, doesn't it look like Farrell is a younger version of Doc Edwards? I am totally serious.

Cool stat: Farrell's got one of the more recent seasons with at least 90 IP but an ERA+ of 65 or worse. Interestingly, most of the guys on that list had pretty good careers overall, which is why I guess they were given the chance to go 90+ innings in a year while doing so poorly. 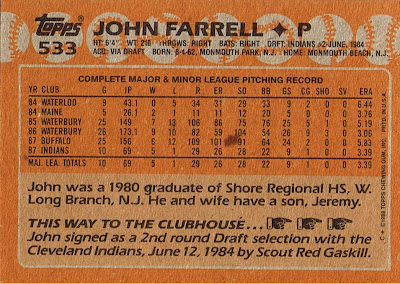 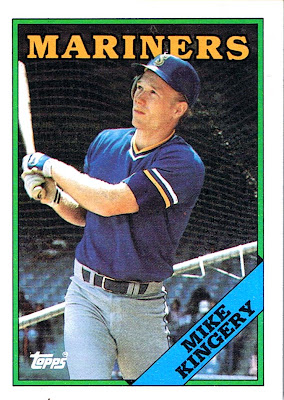 Why this card is awesome: Because what's with that silly batting helmet? Isn't it a bit far back on his head? He could take a fastball right to the forehead in that thing.

Cool stat: Kingery was not much of a hitter. His career high in total bases in a game was 7, which he did twice. 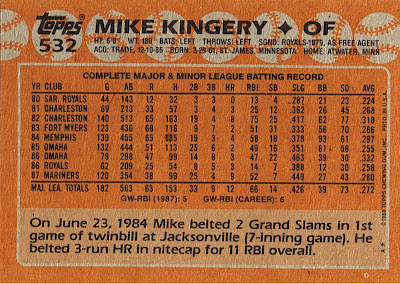 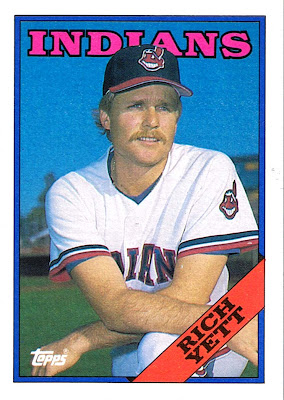 Why this card is awesome: Because of that rough 1985 he had. He recorded just one out all season for the Twins, allowing 1 ER and garnering a lovely 27.00 ERA. 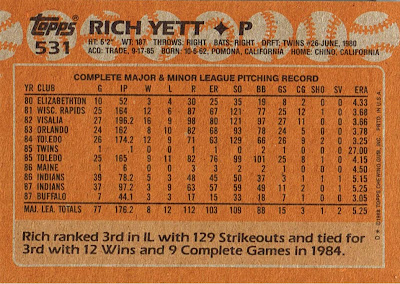 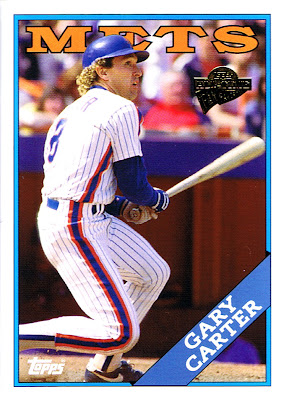 Why this card is awesome: Because this card actually looks really close to his original 1988 Topps card, unlike some of the Fan Favorites we've seen so far. There are only two giveaways that this is not from the same at-bat: Carter's wearing long blue sleeves here but short sleeves in the original, plus you can see that different people are sitting behind the dugout. I think it's pretty cool to see such a similar shot. 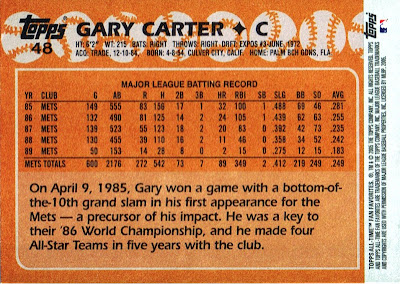 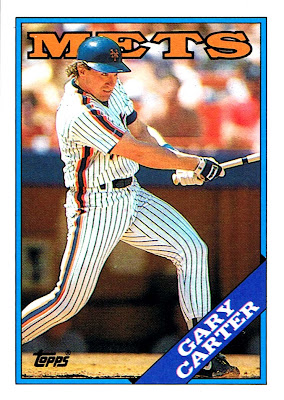 Why this card is awesome: Because although Carter's got a goofy look on his face, I like the fact that you can clearly see he's keeping his eye on the ball. As an offensive force, Carter is largely forgotten due to the big offensive numbers that some catchers put up (Piazza, I-Rod, etc) in the steroids era, but he was damn good in his day.

Cool stat: From 1977 to 1987, Carter had a huge lead in HR among catchers, and a massive lead in RBI among catchers. He was also first in runs scored. 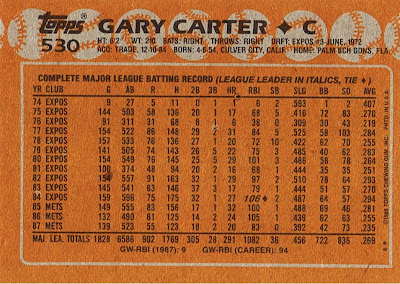 Please see the first 88 AUTO FEST post for contest rules. First person to post a comment with the correct identity of the card wins an autographed copy. One guess per customer. 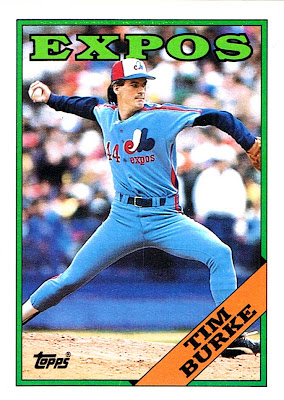 Why this card is awesome: Because he led the league in games pitched in his rookie year. That's probably pretty rare, right? 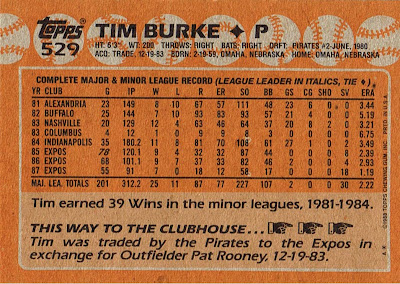 A rundown of who's won what so far:

So Mike S is in the lead, having won two separate 88 AUTO FEST contests. Just as a reminder, dayf won the 5-card contest which as the rules stated, only counted for one point.

I am going to make one more 88 AUTO FEST contest post tomorrow. Unless somebody ties Mike S with 2 points, he's going to be the winner of cards 451-550 from the Topps set plus a few bonus cards. If somebody does tie Mike, then I'll keep posting more snippets until we have a winner. And don't worry, I have lots more autos to give away as we finish out the 1988 Topps set.