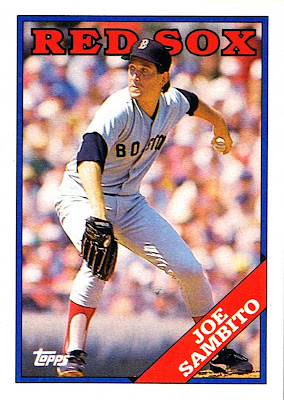 Why this card is awesome: Because it's a decent bet that your career is winding down when the stat on the back refers to something that happened in minor leagues 13 year prior. Indeed, this was Sambito's last card.

Cool stat: From 1979 to 1981, Sambito was one of the top relievers in baseball. For relievers with at least 100 IP, he had the 4th-best ERA+ over that period, and that was in more innings than the guys ahead of him. And remember, we cannot attribute that to the Astrodome, as the ERA+ corrects for park effects. 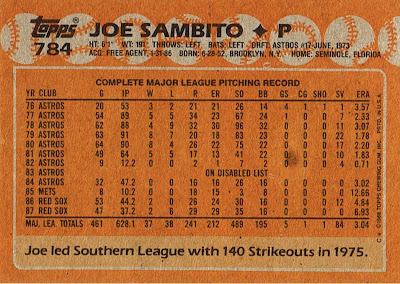 An underrated reliever who is largely forgotten because his career was severely impacted by Tommy John surgery.