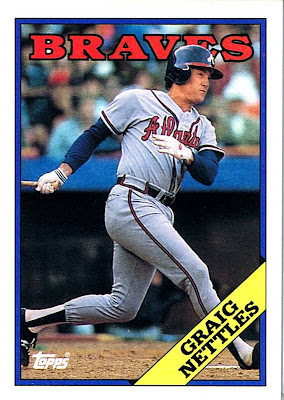 Why this card is awesome: Because, like Ray Knight, it's weird to see Nettles in a jersey from a team like the Braves. We think of him as a Yankee or a Padre, or maybe even an Indian. But not a Brave or an Expo. 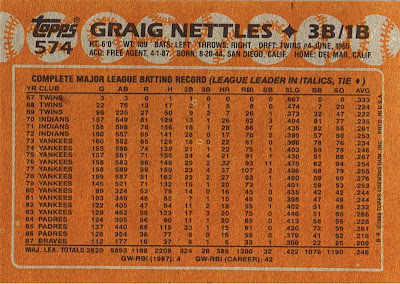