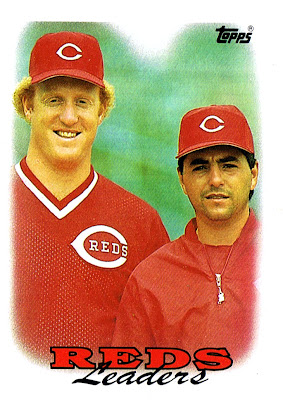 Cool stat: Who do you think the highest-paid player was on the 1988 Reds? Check it out here, toward the bottom of the page. Not Eric Davis, Barry Larkin, Dave Concepcion, Kal Daniels, Paul O'Neill, Nick Esasky, Buddy Bell, Tom Browning, John Franco, or Rob Murphy. Nope, it was Leon Durham.

Franco's got a small (and I do mean small) chance at the HOF. 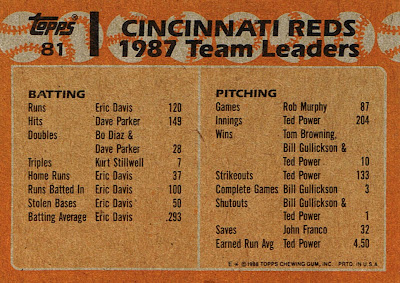 I thought Franco was a HOFer until he went to the Mets. And I always though Robinson would make a good clown. Great minds think alike.

Ron's cards always scared me as a kid. He reminds me of Rocky from Mask (w/cher and sam elliot)