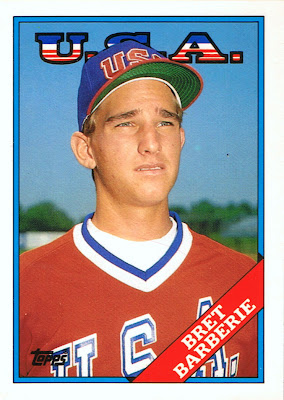 IMPACT FACTOR 1/10: Barberie signed with the Expos, the forth team to draft him, and had two lackluster seasons with them in 1991 and 1992. So unimpressive was his performance that they left him unprotected in the expansion draft and he became the first starting 2B for the Florida Marlins. (I would have given him a larger impact factor, except that I am basing my scores on the impact the guy had for the team he first played for when these cards were issued.) 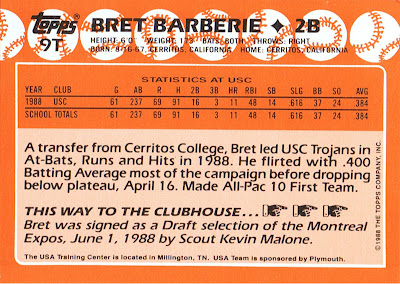 No impact factor for being married to Jillian

I didn't realize that was the case.