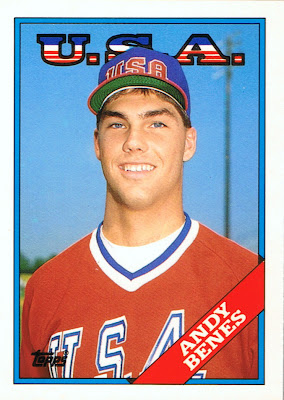 IMPACT FACTOR 7/10: Benes ate up a lot of innings for the Padres from 1989 to 1995, although pitched to a fairly average record despite an above average ERA. (That's OK, he pitched terribly for the Mariners at the end of 1995 but still ended up 7-2 somehow.) The trade of Benes to the Mariners brought 2 out of 3 pieces they needed to acquire Greg Vaughn, who went on to club 50 homers for the Padres in 1998. Vaughn was later traded himself for some useful players. 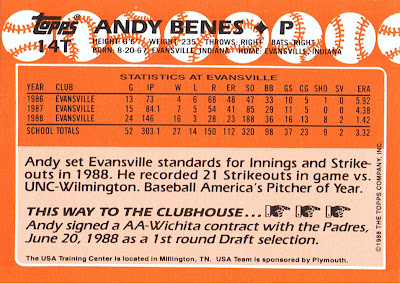