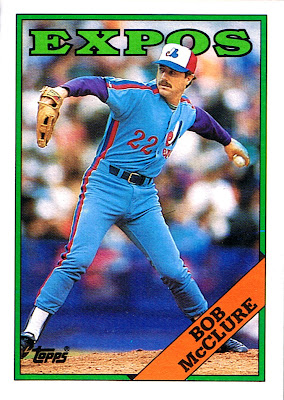 Why this card is awesome: Because even a Milwaukee suburb sounds small when it's in Wisconsin...good ol' Delafield. McClure must have moved there when he joined the Brewers and stayed there for at least a year or two after heading north (and east) to Montreal.

Cool stat: McClure appeared in 698 games, and for guys with that many games, he's got the 12th-highest WHIP. Wow. Pretty sucky. 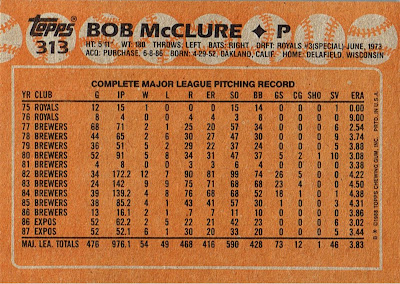