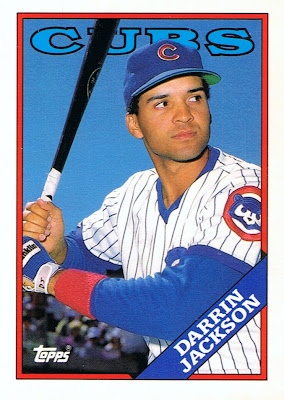 Those are some dark and fuzzy people in the background. Insert your own joke here.

Jackson had a really strange career including:
IMPACT FACTOR 1/10: Jackson did fairly little in parts of 4 seasons with the Cubs, and then left town in a trade involving players all either past their prime or with no prime. 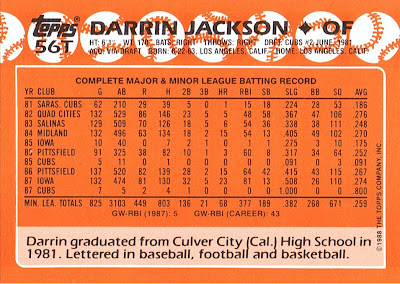 Darrin Jackson is now part of one of the most beloved or despised (depending on your rooting interest) broadcasting teams, along with Hawk Harrelson.