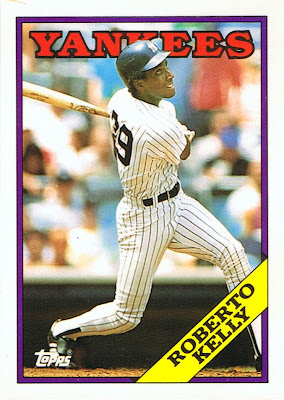 IMPACT FACTOR 7/10: Kelly gets a surprisingly high impact factor for two reasons: any Yankees fan will tell you that in 1989 he was the best young player to come along to the Yankees in a long time, and he helped start the revitalization that led to 13 straight post-season berths starting in 1995. Also, the Yankees made a simply amazing trade, swapping him when his stock was at its peak and acquiring Paul O'Neill, who played 9 seasons with the Yankees and was a major contributor to their 4 World Series wins in 1996, 1998, 1999, and 2000. Kelly went on to have a solid major league career after New York although he was not the star many thought he would be. 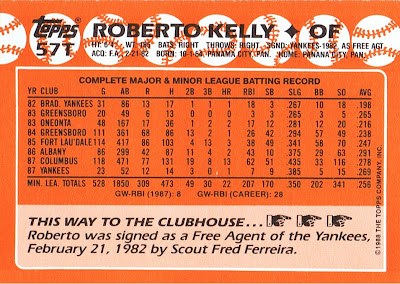 Roberto had a nice little career even though he bounced all over the place in the mid '90s.