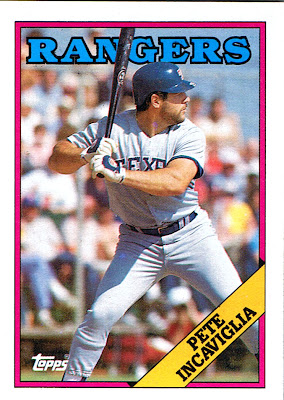 Why this card is awesome: Because of the unusual card back, since Incaviglia didn't play any minor-league ball until the downside of his career. So they had only those ML seasons in 1986 and 1987 to put on there. So then we got not one, not two, not three, but four facts about Pete's career. Surprisingly, they don't mention anything about his first steroid injected.

Cool stat: Incaviglia's 1986 was the second-worst season (ranked by OPS) for a player with at least 185 strikeouts. 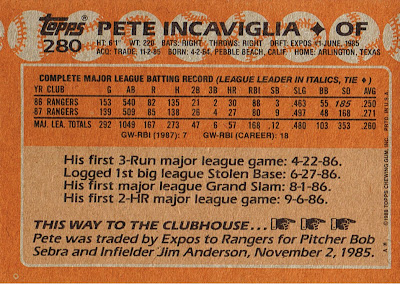