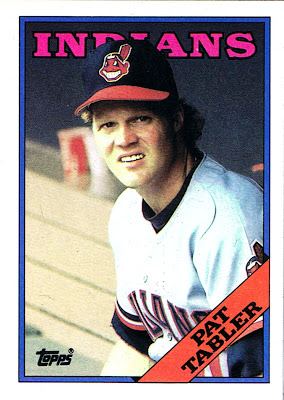 Why this card is awesome: Because, Tabler's constipated facial expression aside, I like the blatant advertisement for Coca-Cola here. As if we couldn't recognize that cup in the background. This cars is COLA WARS PART TWO: REVENGE OF THE COKE.

Tabler was not good enough to deserve a card ending in zero.

Cool stat: Most people know that Tabler was awesome with the bases loaded. Check out his splits, scroll down, and you'll see his career OPS of 1.198 with the sacks full, as compared to .724 overall. 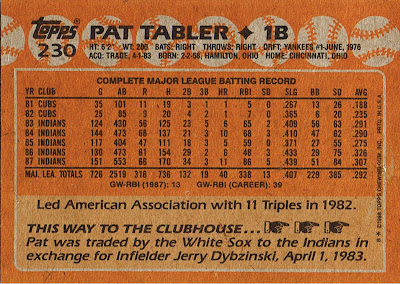 Ah, Tap Relbat. It looks like he's pissed at someone/something.