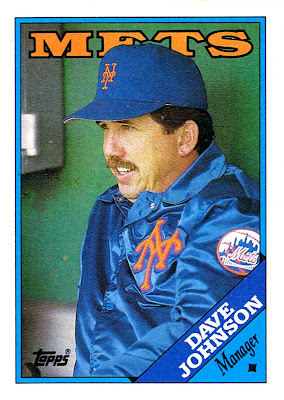 Why this card is awesome: Because Davey looks so smug with his little mustache and little grin, not realizing here that in the spring of 1987, as manager of the defending World Series champs, he was at the pinnacle of his managerial career. 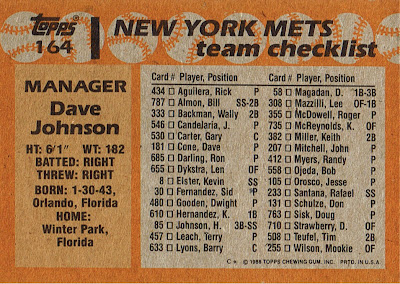 Why did they call him "Dave"? It's the only I didn't hear him called Davey. Does he still have the single season 2B HR record?

I think Johnson was known as Dave during his playing days, and Davey didn't catch on firmly until 1987 or so, but I could be wrong.