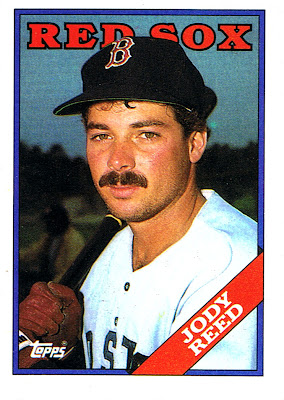 Why this card is awesome: Boy, I never realized it at the time, but Reed, especially on this card, sure looks a lot like Jerry Remy. Despite playing a lot of SS when he first came up with Boston, Reed went on the play most of his games at 2B, just like the Rem-Dog. 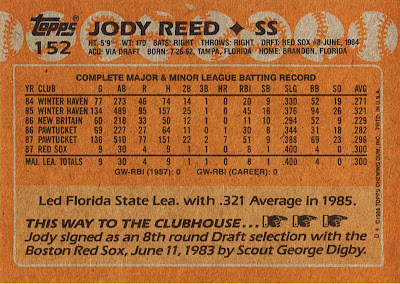 Either it's been a long day or it's morning, because he looks really, really tired!

I remember thinking that Jody Reed was a long-lost relative of Mario and Luigi. Also recall reading anecdotes that indicated that his was a bit of a prick - at the very least he was a creation of Fenway.

This is horrible, but he looks a little bit like Curtis "Booger" Armstrong from Revenge of the Nerds.

I think a nice addition to the Hall of Fame counter would be a Magnum PI mustache counter. We've got Reed and Buckner - that's at least two.