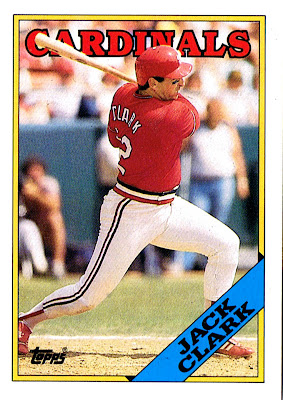 Why this card is awesome: Because of the strange people on the field in the background. In particular, who is that person standing on the right wearing blue jeans and a muscle shirt?

As you can see below in Clark's Gallery of Champions card, that person (as well as the others) was immortalized in embossed aluminum. 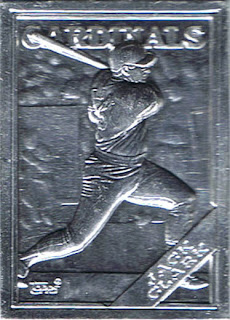 Cool stat: Since 1901, just 21 players have at least 1200 walks and 1400 strikeouts, and they are many of the best power hitters of all time. Surprising names on that list include Tony Phillips and Rickey Henderson. Had Clark played 5-10 years later than he had, he might have been a massive superstar, and he would probably have hit as many as 100 more career HR than he did. 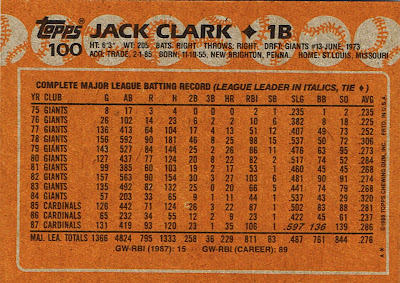