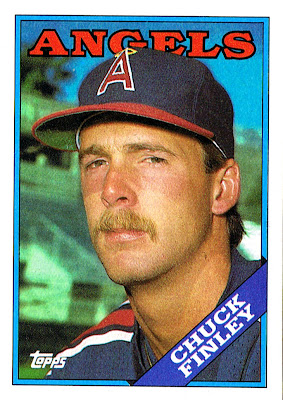 Why this card is awesome: Because you can't look at this card without laughing. Finley looks like a 19-year-old college student with a fake mustache trying to convince a liquor store cashier to let him buy a six-pack of Bud Light. Finley's also got a great name for a Spoonerism. 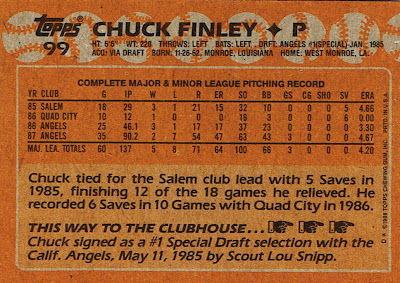 Chuck is wondering who was the lovely lady at the Whitesnake concert.

"Boy that Tawny Kataen is pretty, but she's taken. Maybe in the future we'll date. I better buy her a nice pair of heels"