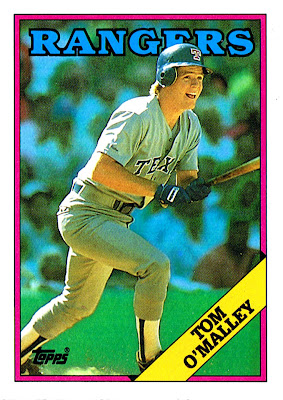 Why this card is awesome: Because of that unbelievably huge guy sitting in the first row wearing white. He kind of looks like a modern-day Tony Gwynn to me.

Cool stat: O'Malley has the 6th most-recent season batting over .500 with at least 10 at-bats.

Also, I didn't know this until just now, but after leaving the major leagues, O'Malley had a very productive playing-career in Japan. 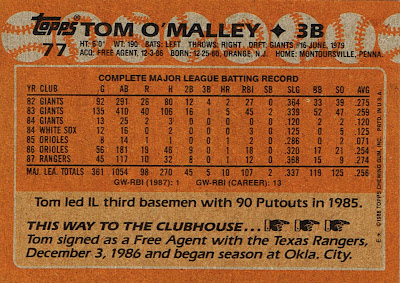 I said white but I meant red. That dude in the front wearing red.