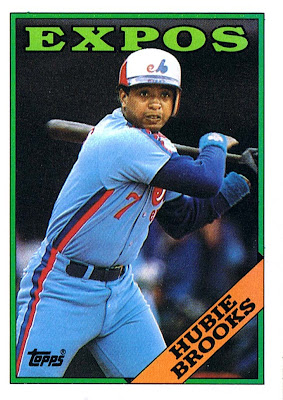 Why this card is awesome: Because Brooks looks a bit rabid in this photo. I imagine that this is a snapshot of Brooks wildly thrashing his bat back and forth, screaming, "I'm gonna hit him like THIS.....and like THAT....and like THIS...."

Cool stat: I'm a bit surprised that Topps gave Brooks a prized card number like 50. He was a pretty good player, but never that great. But anyway, did you know that Brooks was drafted SIX times? Check it out here. He finally signed when the Mets took him, and eventually (6 years later), they flipped him along with a few other players for Cary Carter.

Now that we've reached card #50, we'll be conducting our second giveaway. Keep your eyes out for the contest post. 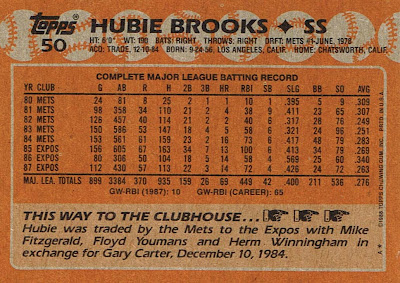 I wrote a short article about that right here: