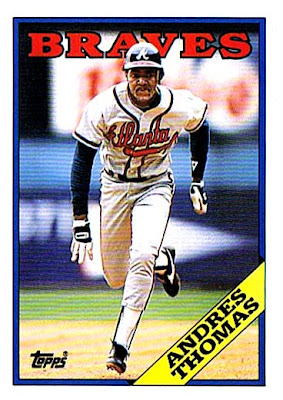 Why this card is awesome: Because of the great action running shot, although it looks as if Thomas isn't really pumping his arms that much. Still, there are too many cards showing players batting or pitching, and not enough running or fielding.

Cool stat: Sit down for a minute. Since 1901, Thomas has the 4th lowest career OBP among players with at least 2000 at-bats. And two of the guys ahead of him played in the aughts. 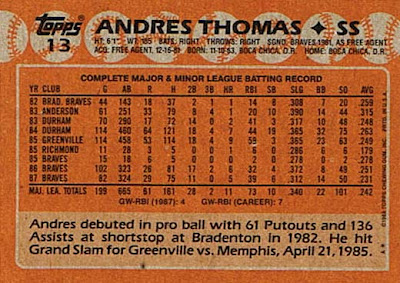