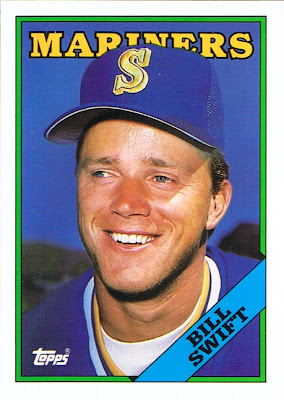 IMPACT FACTOR 5/10 Swift was a below average pitcher for the Mariners over his first four seasons until blossoming as a reliever in 1990 and 1991. Then, they traded him with Dave Burba and Mike Jackson for Kevin Mitchell and Mike Remlinger. That was a lot to give up: Swift, Burba, and Jackson all had productive careers after the trade. Remlinger never appeared in the majors for Seattle, leaving as a free agent and being productive elsewhere. Mitchell had one pretty poor year in Seattle, but they traded him straight up to Cincinnati for Norm Charlton, who gave them one great year before leaving as a free agent. (Charlton came back to Seattle later and was effective for a number of years afterward.) 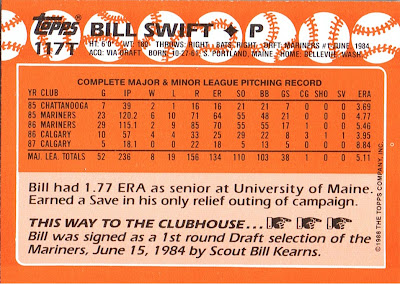