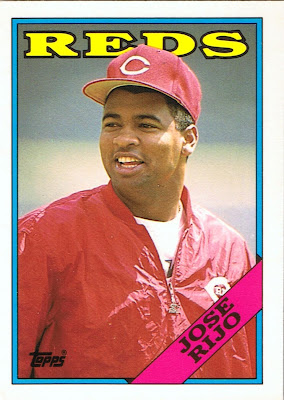 IMPACT FACTOR 8/10: Rijo was a so-so major league pitcher until he joined the Reds, when he was a dynamite anchor of their rotation for years. After 8 seasons, he disappeared due to injury but came back after missing 4 seasons to pitch quite effectively in a brief stint in 2001. He was a big, big reason why the Reds won the 1990 World Series, holding the Athletics to 1 earned run over 15.1 innings in two starts. In short, Rijo was the kind of ace pitcher every baseball fan should want his team to have, with the possible exception of his injuries. 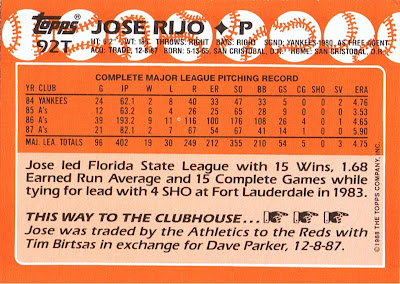 I never liked Rijo, but I have no idea why. He was the most consistent pitcher on a good staff that included Danny Jackson (who should have won the '88 Cy Young Award) and Tom Browning.