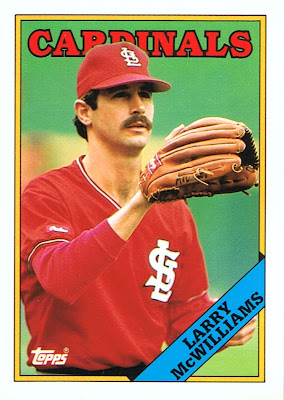 Now here's something odd. McWilliams has no regular-issue 1988 Topps card. I never noticed that until just now. He spent a lot of 1987 in the minors, either rehabbing injuries or because he wasn't pitching all that well. I guess Topps elected to leave him out of the set on that basis, despite the fact that he had been a longtime major leaguer at that point.

IMPACT FACTOR 2/10: McWilliams came and left the Cardinals as a free agent, pitching just one year with them. The nice thing was that he pitched the entire year after having lots of injury problems previously. 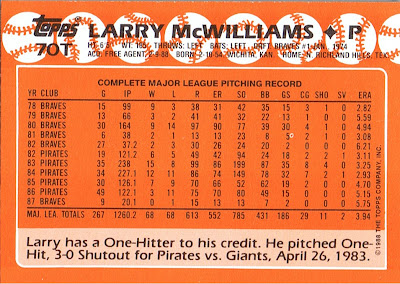