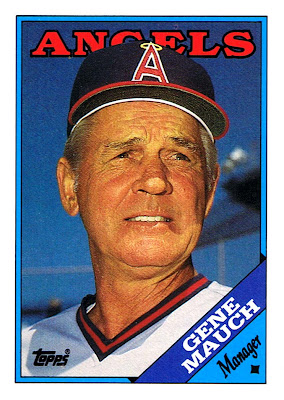 Why this card is awesome: Because this is the last manager card in the set, and it's a good one. Mauch had a very long managerial career and, although he had less success with his teams than a lot of other managers, he made a huge mark on the game.

Cool stat: Mauch finished his playing career with 104 BB and just 82 K's. That used to happen all the time in the early 20th century, but Mauch is the 6th most-recent player to do it.

Mauch died in 2005. He's the second of just two managers in this set who have already passed away.

Mauch is also the final deceased person from the regular 1988 Topps set. (I haven't checked to see if anybody from the 1988 Topps Traded set is deceased.) 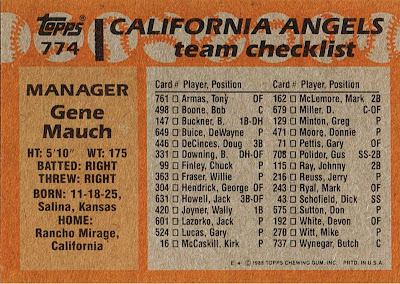 Him and Pat Meares are the only major leaguers from my hometown, as far as I know.