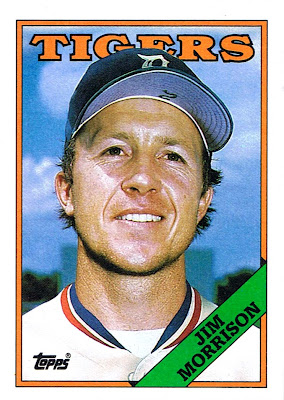 Why this card is awesome: Because here we see the final appearance of the giant ice cube that was chasing Barry Jones and Bill Long. Look out, Jim! It's right behind you! Damn, that ice cube really made it around during spring training. I wonder how it survived in the sun for so long.

Cool stat: In 1980, Morrison hit 40 doubles but scored only 66 runs. That's one of the lowest totals in the last 50 years for a guy with 40+ doubles. Chances are, unless he was a terrible baserunner, this had more to do with Morrison's White Sox teammates than with himself. 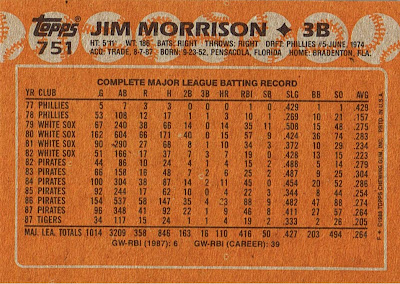 And that means it's the same ice cube that chased Barry Jones!

The giant ice cube must have had a thing for former, current and future White Sox players.

The 1980 team was absolutely horrible, with only a few exceptions to that rule.

He had another similar year in '86 for the Pirates when he had 35 doubles, 4 triples and 23 homers and scored only 56 runs. Let that sink in. It would suggest bad baserunning except that the '86 Pirates were another awful team.

I looked through a lot of Morrison's doubles in 1980. Not surprisingly, when he reached with 0 outs, he scored. When he doubled with 2 out, he didn't score.