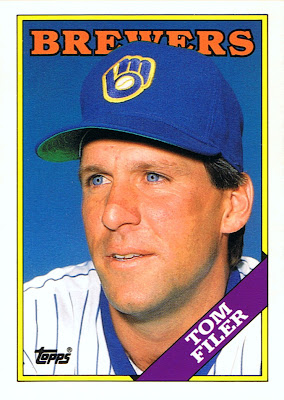 Very interestingly, just like the card before (Cecil Espy) Filer appeared in the big leagues briefly several years before he saw long-term time there. He appeared in 8 games in 1982, 11 games in 1985, and then 19 games in 1988.

IMPACT FACTOR 2/10: Filer put together a couple of decent years for Milwaukee and was then released. Only one guy ever hit more than 1 homer off Filer. Say it ain't so, Jose. 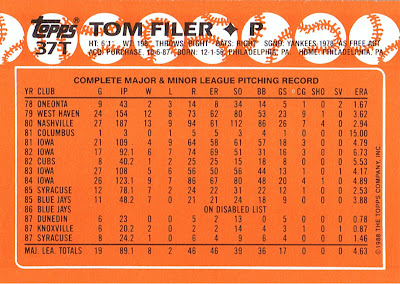