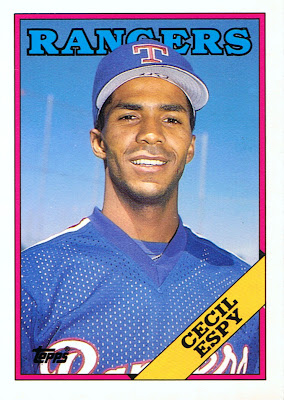 IMPACT FACTOR 3/10: Espy was picked up by the Rangers through the Rule V draft and played parts of 4 seasons for the club. He was pretty bad with the bat and not too good with the glove either. I give him a 3 since he did stick with the club for a while.

I remember Tom Seaver, then broadcasting for the Yankees, continually mispronouncing his last name as "Epsy" instead of "Espy."

There is absolutely no truth to the rumor that the ESPN awards (The ESPYs) are named for this guy. 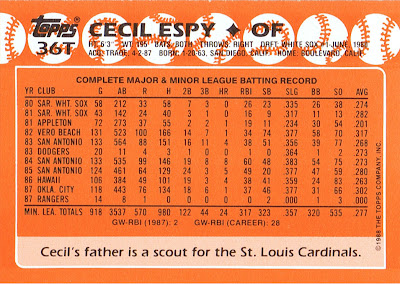