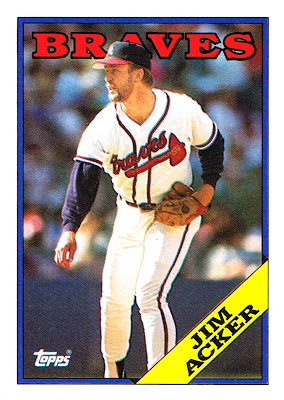 Why this card is awesome: Because of the odd mention of minor league totals. Yeah, he had 437 IP and 28 wins in the minors before making the show. What they don't say is that they were split among 3 different locations, and that Acker actually went back down to AA from AAA in 1982 before suddenly making the Blue Jays out of spring training in 1983. They also don't say that he had 31 losses to go along with those 28 wins.

Cool stat: Acker had one of the small number of seasons by middle relievers with over 100 IP, no game starts, an ERA+ of 150 and a WHIP no higher than 1.12. Acker had two excellent years and a handful of good years. 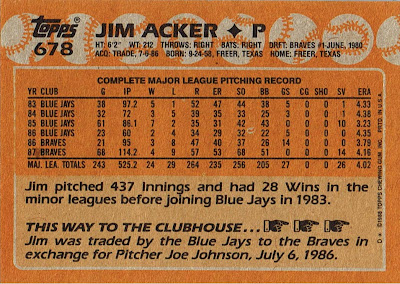