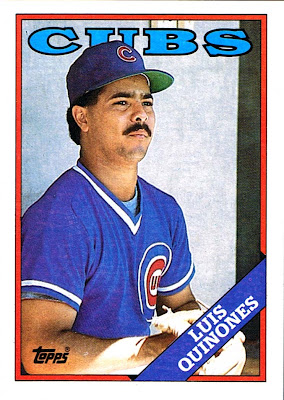 Why this card is awesome: Because, boy oh boy, Quinones sure does not look very confident is this photo. If I had to guess, I'd say that in the last half-inning, he made a bad error that allowed 2 runs to score, and he's nervous about going out on to the field in the next half-inning.

True dat, his fielding stats, at least as far as errors and range factor, were quite poor in the major leagues. 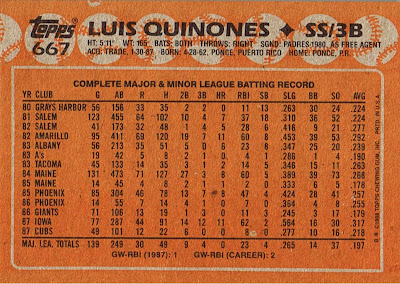