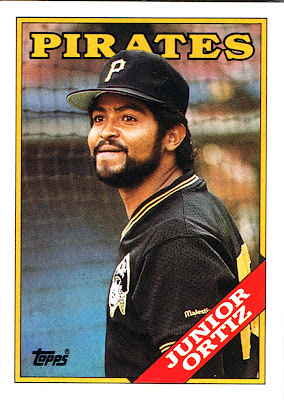 Why this card is awesome: Because I think Ortiz (for many years the most famous Ortiz in major league history) was a real fan favorite, despite never putting up huge numbers. For one, he's loved in Minnesota for being part of the 1991 championship team. 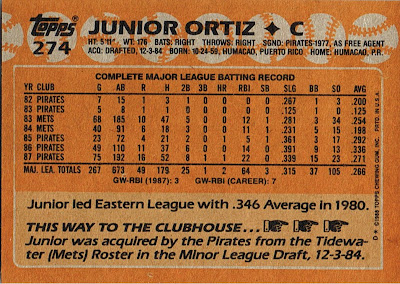 He had a smooth job as a back up for spanky lavallier until they traded him. I guess Don Slaught had "more power".

The slaught/spanky combo worked out well for the bucs.

He named his son after himself....Junior Ortiz, Jr.

Just kidding. I'd seen an article about that, but Mr. Ortiz' first name is something else.

Nominated for player who most looks like a teddy bear