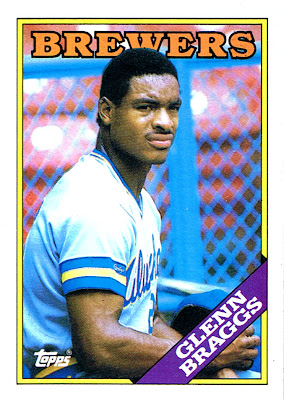 Why this card is awesome: Because check out the last names of the two scouts to sign him. Clearly made up. I think Braggs might be an alien. How much do we really know about Glenn Braggs anyway?

Cool stat: Braggs had one walk-off game-winning plate appearance, coming against Jesse Orosco in the bottom of the 10th of a 1989 game. I seem to recall that Braggs also broke a few bats on his own shoulder on the follow-through (when swinging and missing.) 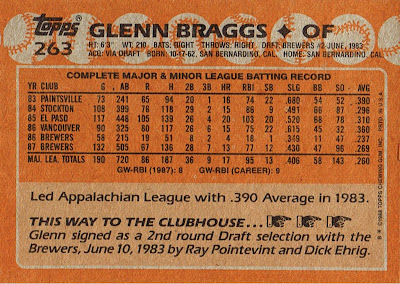 His facial expression looks to me as if he's ripping a fart.

Yeah, I haven't been keeping an official count, but this is about the 10th card that seems to involve farting in some fashion.