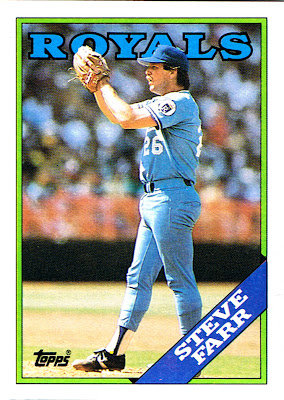 Cool stat: Farr's minor league numbers were not that good, especially if you discount his Omaha numbers from 1985. Farr's 1990 was a bit of an oddity. He started only 6 games, and yet won 13. Not many pitchers have won 13 or more games when starting 6 or fewer and pitching in fewer than 60 overall. 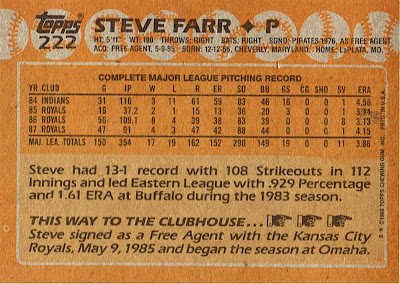