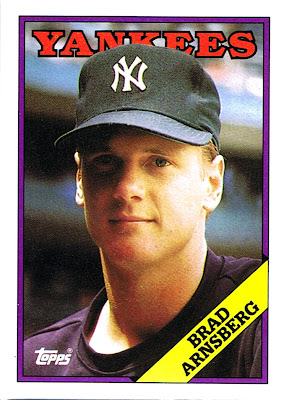 Why this card is awesome: Because I guess Arnsberg has two heads, but only one is sticking through the giant neck hole at the moment.

Cool stat: Arnsberg put together perhaps the greatest fluke season of all time in 1990 with Texas. He wasn't a very good pitcher and that year had a WHIP of 1.420. For pitchers with a WHIP at least that high and minimum 60 IP, Arnsberg has the highest (best) ERA+ since 1901. I'd have to look into the numbers more to figure it out, but obviously he got lucky with double plays, or relievers behind him stranding his baserunners, or something similar. Arnsberg didn't have any other year in the majors that was even close to good. 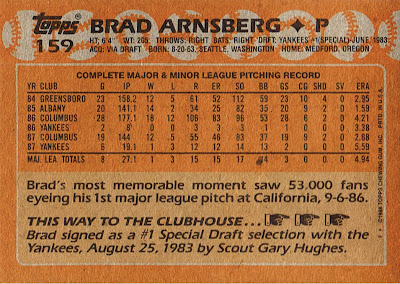