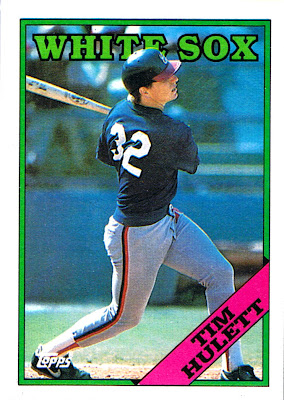 Why this card is awesome: Because of the back, we're reminded that Hulett was drafted in the special secondary draft in 1980. Here is the first round from that draft. A few great players came out of that draft, including Tom Henke and Billy Hatcher.

Cool stat: Hulett put together a fairly remarkably unproductive year in 1986. Since 1980 for players with at least 550 PAs and no more than a .231 BA, Hulett had the 18th fewest extra-base hits. 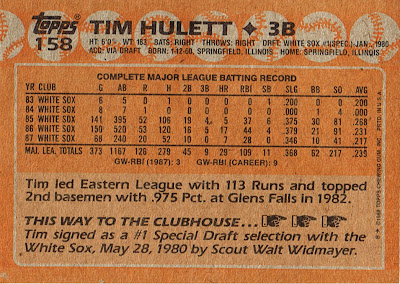 For someone who was on the White Sox for a number of years, Tim does not spark one memory.

I do remember Tim being on the Orioles though. Go figure.

That dude has one giant waistband.

That might not even be a Spring Training shot. It looks like batting practice. No name on the back of the uniform.

And yes, that is a freakishly huge waistband.