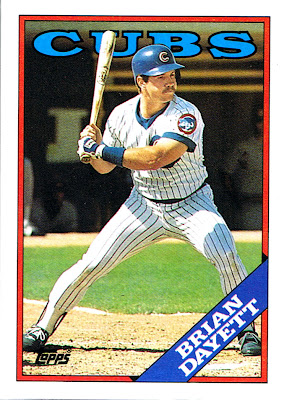 Why this card is awesome: Because it's old-school. Dayett's obviously got a mouth-full of chew, something I don't think card companies put on their product these days. Serves him right, though, as Topps also got a shot of him looking fooled by a breaking ball.

Cool stat: Dayett had a short career but was pretty productive. Among all players since 1901 with at most 426 career at-bats, Dayett has the 8th-most career RBIs. That list includes Josh Fields, who will probably fall off in 2008 when he has too many ABs. Like Dayett, a number of the other players are catchers, including Hershberg, Meluskey, Graham, and Schulte. 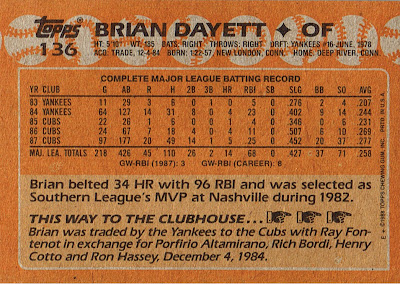