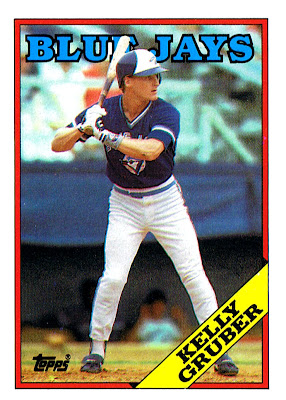 Why this card is awesome: Because of the fact on the back reminding us that Gruber was one of the very best Rule V draft pickups of all time.

Cool stat: Although I said just above that he was a great pickup, he was pretty overrated too, thanks in part to one excellent season (1990) and a bunch of mediocre seasons. In fact, over 1987-1992 (the years during which he was a full-time player) he has the 4th-lowest batting average among 3B with at least 700 games played, lower than the likes of Brook Jacoby. 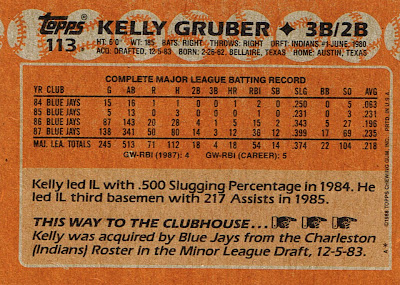 To this date I still have no idea why, but Gruber was one of my favorite players when I began following baseball. He just missed out on making the cut for my OPC selections.

A dork roommate of mine in college loved the Blue Jays and especially Gruber, hence, I hate him.

Bob, if you hate him, might I suggest you leave the "r" out of his last name?