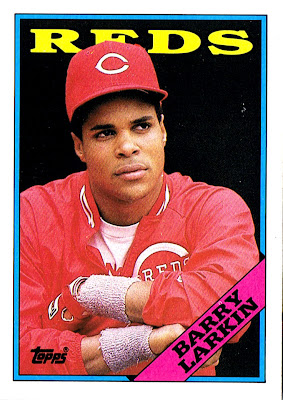 Why this card is awesome: Because Larkin is another Red with the Cincinnati trifecta: born in, lived in, and played in. That must have been great. 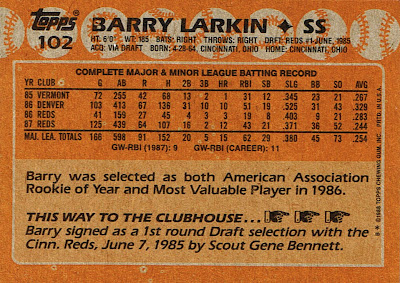 Bichette had a great year, but since he played in Colorado, that didn't help.

Maddux had a monster year, but won the cy young.

Piazza should of won it. Great numbers for a catcher.

It is true that Larkin's career high in HR is almost Brady Anderson-like in how out of character it was.