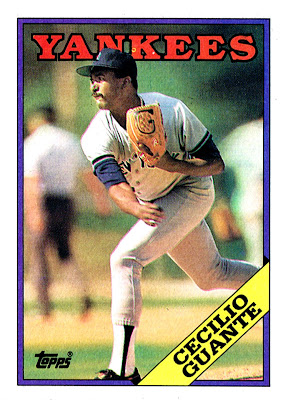 Why this card is awesome: Because of the big "G" on his glove. Awesome!

Cool stat: Guante was a very good reliever, and I wonder why his career ended so early. Since 1950, he's one of just 6 relievers to pitch at least 500 innings, allow fewer than 550 hits, strike out at least 500, and have an ERA+ of 110 or better. (Active players excluded.) 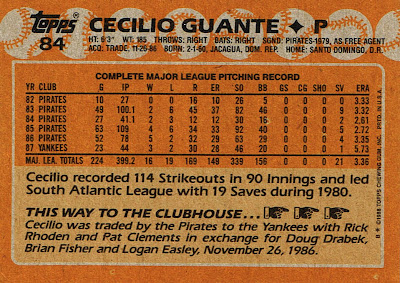 Interestingly enough, "Guante" is Spanish for "Glove". I remember a lesson in my high school Spanish book about "beisbol" that strongly featured Roberto Clemente and his "guante de oro".

Way back when, I knew someone who referred to him as "Cecilio Guano", which was not very nice.

What a great trade for the bucs!