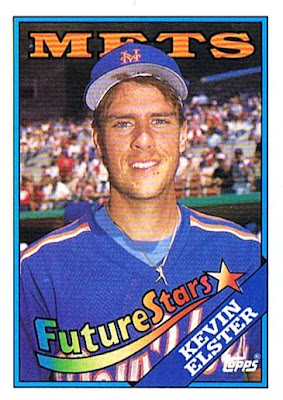 Cool stat: Elster didn't live up to his "Future Star" hype, due mainly to injuries. If I recall correctly, he had a long errorless streak at shortstop, and of course he put together one very nice year in 1996. But how about this game? He hit a grand slam off Manny Alexander, in Alexander's only career pitching appearance (since he was usually a shortstop himself.) 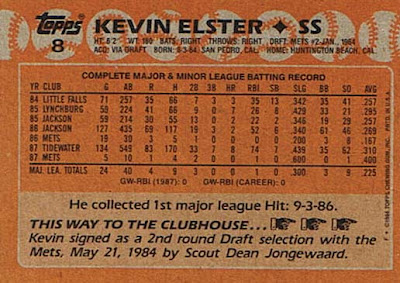 Not only does the scout who signed Elster know a player when he see's one (also signed Chipper Jones) He also knows a few things about
http://latimesblogs.latimes.com/dailydish/2007/06/jongewaards_bak.html

Fun Kevin Elster tidbit: he had a somewhat substantial role in the 1994 film Little Big League.

Do you think scout Dean Jongewaand puts Kevin Elster on his resume now? I'm guessing no.

Sure he puts Elster on his resume. Any player who makes it to the big leagues is worth mentioning, given that only a small fraction do make it.

OK, fair enough. But I'll bet he moved him down a few places.
I think I'm just bitter at a string of going-to-be-great short stops. Elster. Rey Ordonez.
But it's time to give that up. The Mets got Reyes!