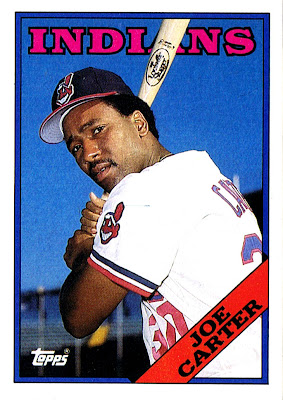 Why this card is awesome: Because Louisville Slugger obviously paid a chunk of change to Topps to get prominent placement on this card. By the way, I always thought that if Joe Carter had a great sense of humor and told jokes all the time, we could call him "Joke Arter."

Cool stat: Joe Carter was tremendously overrated. Let's mine some of the content over at the SOTD blog. For starters, Carter has 2 out of just 25 seasons in history where a guy who hit 20+ HRs managed to slug under .400. He also had the worst OPS of all-time for a season with 100+ RBIs. There are lots of other lowlights as well. Of course, Carter will be best-remembered for his game-winning homer in the 1993 World Series, as well he should be. 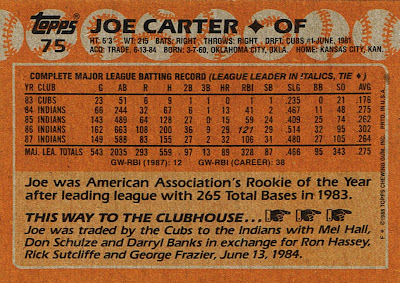