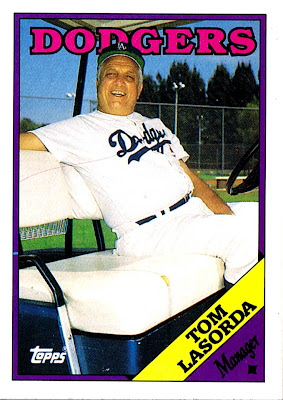 Why this card is awesome: Because of the utterly hilarious photo. We all know Lasorda was a SlimFast representative, but he seems to be going out of his way here to look heavy and out of shape.

Cool stat: Well what more can be said about the 1988 Dodgers? We know that Hershiser had an amazing career year. But the two Tims, Leary and Belcher, also had career years. For Leary, 1988 saw his career high in wins, IP, Ks, ERA+, and WHIP (the last two ignoring his 1-game season in 1981.) For Belcher, his 1988 carried his best W-L%, and among his best in ERA+, K/BB ratio, and other stats too. 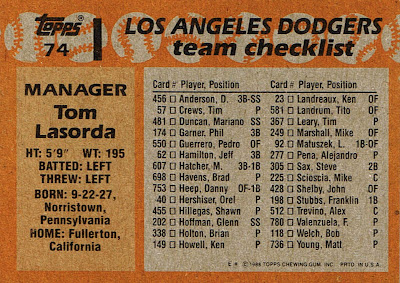