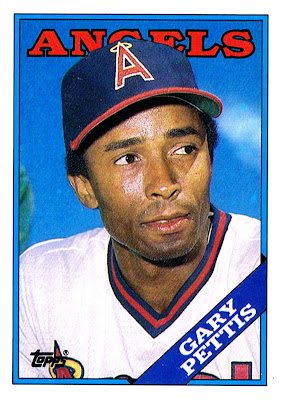 Why this card is awesome: Because of the mention of a baseball lifer, scout Loyd Christopher. He played in the 1940s for the Red Sox, Cubs, and White Sox, and later became a scout. Plus, Pettis is less than 30 in this photo but looks about 50 to me.

Cool stat: Pettis was a great base-stealer. In fact, he's one of just 5 guys with fewer than 1200 games played but at least 350 stolen bases. And Juan Pierre will drop off the list in 2008. 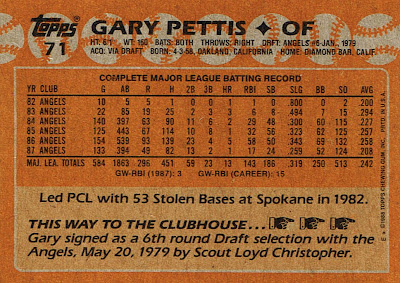 Had to be one of the worst leadoff hitters of all time. I know he didn't stay there his entire career, but he was put up there early in his career because of speed, but he struck out all the time. He was much more suited for the #9 hole where his speed could be utilized......if and when he ever got on base. He could sure cover ground in centerfield, though.

A little bit better, at least in terms of OBP.