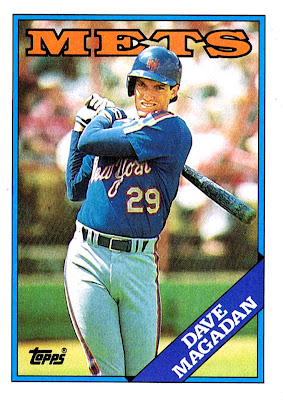 Why this card is awesome: Because of those incredible walk/strikeout ratios in the minor leagues! Magadan was close to 2:1 at drawing walks. Great.

Cool stat: And Magadan continued that trend in the big leagues, although with a lower ratio of 718 walks to 546 strikeouts. He was really good at walking, but not so good with the extra base hits. In fact, he finished with a .390 OBP but just a .377 SLG. In fact, among players with at least 4000 ABs over 1500 or more games, Magadan has the second-fewest total bases since 1967. Only Eddie Yost has played as many games with worse OBP/SLG numbers than Magadan's. 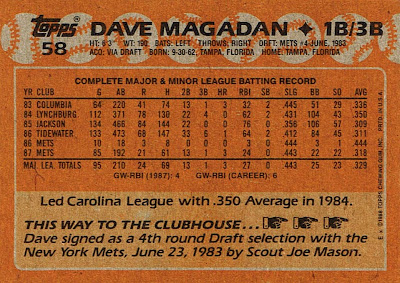