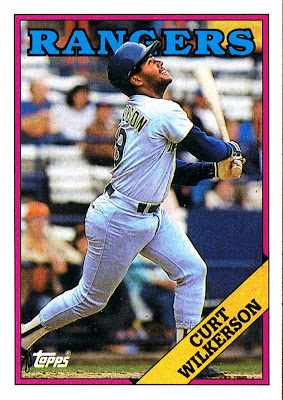 Why this card is awesome: Because of another embarrassing photo. Like with Ken Landreaux, Topps published a photo of Wilkerson popping up. Duh.

Cool stat: Wilkerson didn't do a whole lot of hitting in his career, but he had a few moments in the sun, such as this one: a tasty little walk-off grand slam off Lee Smith. By the way, that win by the Pirates came about a month after Barry Bonds also won a game for the Pirates in identical fashion, hitting a walk-off job off Lee Smith. Remember that one? It was where Bonds thrust both arms into the air right after he hit it. 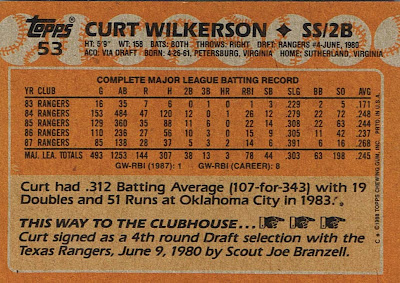