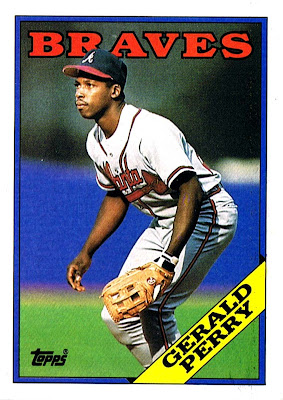 Why this card is awesome: Because it mentions Bill Lucas on the back of the card. Lucas, for those who do not know, was the first black GM in baseball, holding that position (as well as VP of player personnel) with the Atlanta Braves from 1976 until his untimely and unexpected death in 1979 from a brain hemorrhage.

Cool stat: In 1988, Perry got the most career plate appearances for a batter who hit exactly .300 and slugged exactly .400. 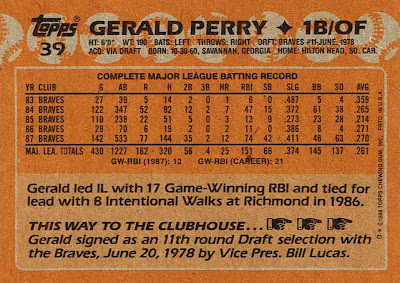