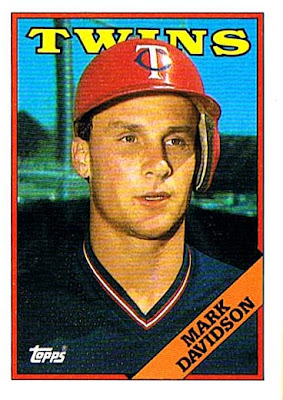 Why this card is awesome: Like the Al Leiter card, this one looks like it was taken very late in the day, which I like. But what makes this card awesome is found on the back. The scout who signed Davidson was named...Red Robbins!

Cool stat: Davidson had just 57 career RBIs but managed 5 off of Zane Smith. He also had 2 out of 27 career doubles and 1 out of 6 career homers against Smith. 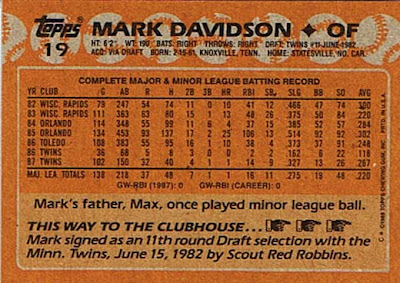 Interestingly, when you look at Mark's Baseball-Reference page, he is most similar to Sandy Valdespino (a Twins outfielder from the 60s)

Also interesting is that he is wearing the TC hat instead of the M hat. I believe that is the only card in this set with that hat.