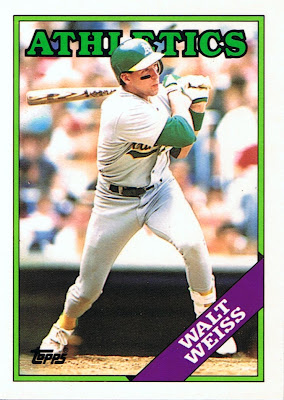 IMPACT FACTOR 3/10: Weiss won the 1988 AL Rookie of the Year award, but was the best of a pretty weak pool of candidates. Although he was a capable shortstop, he was pretty poor on the offensive side of the ball and hit terribly in 5 out of 6 post-season series he appeared in with Oakland. In his entire career, Weiss ended up playing in 13 post-season series with Oakland, Colorado, and Atlanta and hit .190 with a .270 OBP. Oops. 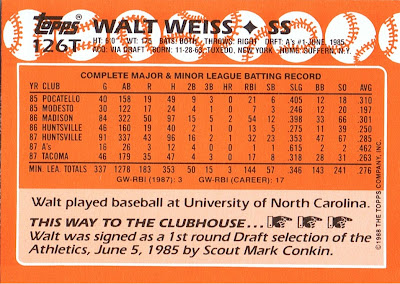