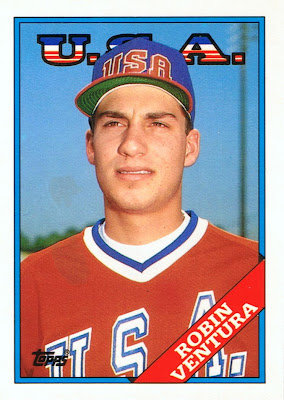 Here's one of the other top rookie cards in this traded set. Overall, the Olympic players in this set did quite well for themselves.

IMPACT FACTOR 7/10: Ventura played 9 full seasons with the White Sox (plus a cup of coffee in 1989) and was one of the most important players in that franchise's return to excellence. Thanks to Wade Boggs, Ventura didn't make many all-star games, but Robin was one of the top power-hitting 3Bs in the game for a long stretch. 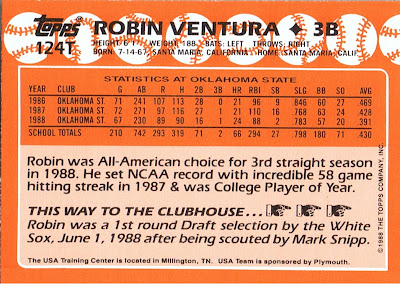 For the longest time in Chicago there was the Batman (Frank Thomas) and Robin references. No one could make me forget Ventura at third base. Although a healthy Joe Crede made a strong case.