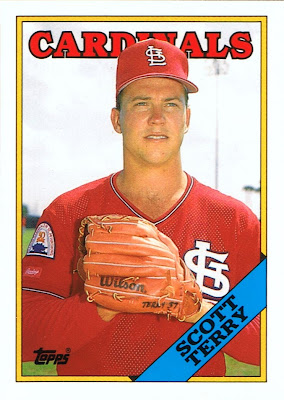 Terry's just about in Jay Baller territory with that chest hair. I like cards like this that show handwritten name and number, though, as on his glove with "TERRY 37."

IMPACT FACTOR 4/10: Terry pitched 5 mostly very good seasons with the Cardinals. I'm not sure why he didn't pitch again after 1991 but I can only assume it was due to injury. He was also well-known for two booming home runs he hit in 1989. 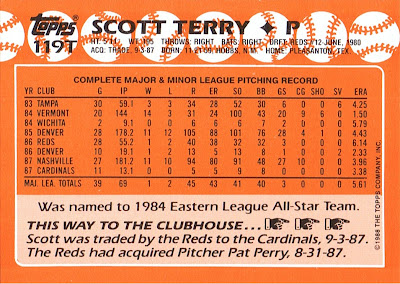