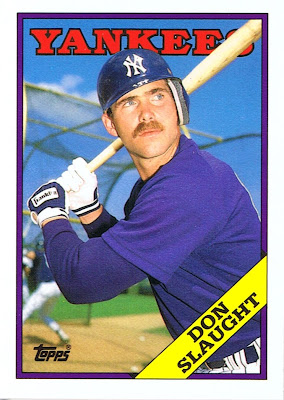 This is another nice front-lit shot, no doubt taken at the same time as Rafael Santana's card. But what I love is seeing somebody in the background right in the middle of a batting-practice swing. Who is that batting? It's a white guy, a left-handed batter. Doesn't look like Mattingly--could be Pagliarulo, Ken Phelps, Hal Morris, Wayne Tolleson?

IMPACT FACTOR 4/10: Slaught played two nice seasons with the Yankees and then was traded for two guys, including Jeff Robinson, who pitched one nice year for them as well. 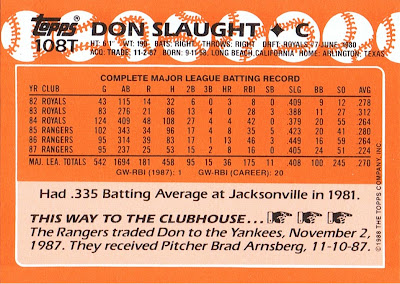